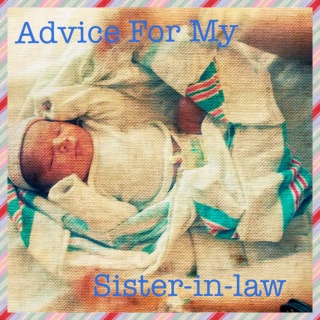 In a few short weeks, Jack is going to have a little cousin to play with! My sister-in-law is expecting her first child, a little girl. They are going to be wonderful parents, and that little princess is going to be very well-loved by the whole family.

When I was buying presents for the baby shower a few months ago, I tried not to buy them frivolous things. Just the stuff that I didn’t even think needing before Jack was born. That got me to thinking about the stuff I wish I would have known before I had a baby. Rather than just lecture her to death over this, I’d thought I’d make a post so she can read it as she needs. And any other mom can share in the advice to.

Advice For My Sister-In-Law:

The Fourth Trimester (The first three months postpartum)
Other Stuff that I can’t explain, but you will understand soon enough: 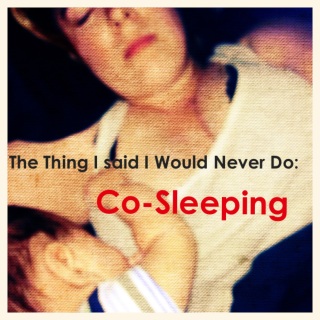 I’ve mentioned before on here how I was trying to avoid co-sleeping—sharing a bed with the baby. I know that humans have done it for centuries and that many cultures around the world still do. My parents and my in-laws did it too. I even read about how to do it safely. But it really did not sound like it was for me. I am very particular about my sleep because I struggled with insomnia in the past. Plus, it just seemed so weird. I wanted to share my bed with my husband, not our child. I brought it up to Michael and he said he will do whatever makes me happy. So agreed Jack would sleep in his own bed every night.

We bought Jack a lovely crib and fixed up the bassinet Michael used as baby. We also bought a Pack n Play for when we visit family and friends. And we got a swing second-hand from a friend. Jack had plenty of places to sleep, no need to even give co-sleeping a second thought. When Jack was born, he was pretty willing to sleep anywhere.

We started putting him in his crib at first, but getting up 10 times a night got old fast. What we didn’t consider is that babies wake-up every 2-3 hours to nurse at night. And sometimes, even every 45 minutes. And we didn’t realize how exhausted we would be from the whole birth experience. Do you know how much it sucks to get up every hour when you are still sore from pushing a baby out? Do you know your husband will be a zombie from not being able to sleep much at the hospital? That went on for about a week before we decided to try something else.

Then we tired putting him in the crib for the first part of the night when he slept the longest, then after I nursed him sitting up in put bed and I put him in the bassinet next to me. So when he woke up again, all I had to do was reach over and pick him. It was so much easier, but we still weren’t getting enough good sleep some nights.

One day three weeks postpartum, I woke up very very sore. It hurt to sit up to nurse him. My mom mentioned to me that she loved nursing laying down because she could rest. So I laid him next to me on the couch and nursed him. He fell right asleep and stayed asleep next to me while I watched TV for 3 hours. It was great!

The next Monday Michael had to go back to work, meaning it was Jack and I alone for the first time. I was still tired and sore, so of course Jack decided he only wanted to sleep in my arms. I thought maybe I could just lay down with him in the twin bed in the nursery for a bit? So we tried and both went asleep easily. Two hours later we woke up very happy.

I talked to my mom about it and said explained again that it really was the only way she got any sleep in the beginning. But I was so worried about SIDS or him suffocating. She said that yes, tragic accidents do happen but she did it with me—and I am still alive. The next day I decided to try again with his afternoon nap, but this time in our queen-sized bed.The next thing I knew Michael was walking in the door and we had been asleep for 4 hours! Jack had even latch himself on my breast in his sleep. I remember pulling him in closer instinctively, then going back to sleep.

So I thought about it some more and realized maybe I had demonized co-sleeping for no reason. The concerns I had before mostly vanished. Once I got over the initial worry,  I actually slept great. And I didn’t need to get up every hour because Jack was right there. He would either fuss and I pulled him to my breast, or he would just latch himself on. Then he went right back to sleep. And he could stay latched as long as he needed and I could go back to sleep. And I naturally adjusted to having him in the bed and didn’t mind sleeping on my side.

I talked to Michael about it and he said he was willing to try whatever we needed to get some more sleep. But he was concerned about somethings. So we did more research and we came to an agreement. We would not co-sleep the first part of the night because we did want Jack to learn how to sleep on his own. And we agreed we would not co-sleep every night. And we would follow the rules every time he did sleep with us.

We didn’t  try sleeping together as a family until a week later. Jack got his 2 months shots and just conked out after. Michael and I were tired too, so we decided to try a family nap. We took all the heavy blankets off the bed. Michael and I only had a light sheet tucked-in around our waists. I laid down with Jack, then Michael got in. Soon we were all fast asleep. Three hour later we all woke up very happy.

Co-sleeping on occasion is a great choice for our family. Now we only put Jack in bed with us if he’s fussy and it’s still too early to get up for the day, like around 5 or 6 AM. And he and I take naps together a few times a week too. Not only is it so much easier, but it’s so beautiful. When I open my eyes to see my boys laying in the same position with the same happy looks on their faces, my heart melts. And Michael loves coming home to see us snuggled up together. Looking back at my own childhood, I think about those Sunday morning where my brother and I jumped into bed with my parents for snuggles and I can’t believe I ever denied co-sleeping.

All that being said, before you dive into co-sleeping, please do some research and make sure it is right for your family. Sharing your bed with your baby isn’t for everyone, so please discuss it thoroughly with your partner and take all factors into consideration first. The information I got from my local La Leche League was the most helpful. Please scour the internet, there is tons of info. 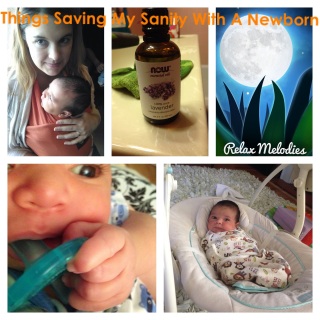 Overall, I lucked out with Jack. He really isn’t that fussy of a baby. He usually only cries when something is wrong, like he needs to be fed or is tired. But, he has his moments. And let me tell you, this kid has a set of lungs on him. There is nothing more taxing on your soul than hearing your baby scream when you are already exhausted. By 3 weeks old we figured out a few things that will calm Jack quickly and keep him happy pretty. So here is a list of the things saving my sanity: 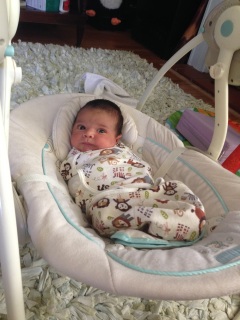 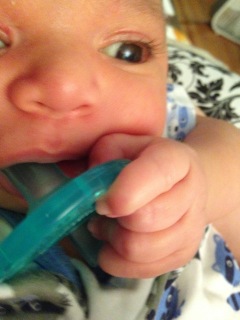